This History of Pride

THANK YOU FOR CELEBRATING PRIDE!

You’ve helped Macy’s show their support of the LGBTQ community at joyful events and parades across the U.S., from New York to Puerto Rico and Guam—we couldn’t have done it without you! Check back next year for more ways to celebrate!

You’ve helped Macy’s show their support of the LGBTQ community at joyful events and parades across the U.S., from New York to Puerto Rico and Guam—we couldn’t have done it without you! Check back next year for more ways to celebrate!

During National Pride Month in June, Macy’s demonstrated our commitment to inclusion and respect for all.

We honored WorldPride this year, too! New York became the first U.S. city to host the global celebration, which commemorated the 50th anniversary of the Stonewall Uprising.

Join us next year to march in parades and festivals across the country and enjoy fun Macy’s in-store events that pay tribute to the diversity within our workforce and communities.

Check out the amazing artists who transformed four windows at Macy’s Herald Square in NYC with large-scale murals that paid tribute to the history and diversity of the LGBTQ community.

How you helped: In June, you rounded up your store purchase amount and donated your extra change to The Trevor Project to help fund life-saving suicide prevention services for LGBTQ young people.

If you or someone you know is in crisis or thinking about suicide, please call the Trevor Lifeline at 1-866-488-7386

The LGBTQ community recognizes June as Pride Month to commemorate the anniversary of the Stonewall Uprising in New York City on June 28, 1969. Historians consider the events that night—when LGBT patrons of the Stonewall Inn fought back during a police raid—the catalyst for the Gay Liberation Movement in the United States. Today, Pride events celebrate queer life and sexuality as well as the enduring struggle for equality.

1960s
A NEW AMERICAN ERA BEGINS, FOCUSING ON LGBTQ EQUALITY.
1961
Illinois becomes the first U.S. state to decriminalize homosexuality.
1969
New York City police raided the Stonewall Inn, a Greenwich Village bar that was popular among the LGBTQ community. It sparked an uprising that later marked the birth of modern-day pride movement.
1970s
ICONIC SYMBOLS & SUPPORTERS EMERGE ON BEHALF OF THE LGBTQ COMMUNITY.
1970
In June, the first pride parades were seen across the U.S. with marches happening in Chicago, Los Angeles, New York City and San Francisco celebrating the one-year anniversary of the Stonewall Uprising.
1977
Harvey Milk is elected to the San Francisco County Board of Supervisors & becomes the United States’ first openly gay elected official.
1978
Gilbert Baker debuts the rainbow flag at San Francisco's Pride event.
Harvey Milk was assassinated after 11 months in office. Milk becomes an icon & visionary hero.
1980s
ADVOCATES PREVAIL & CONTINUE TO ESTABLISH NATIONWIDE TRADITIONS.
1980
The Human Rights Campaign is founded with the mission to achieve equality for all lesbian, gay, bisexual & transgender Americans.
1987
About 200,000 people participated in the second National March on Washington for LGBTQ rights and equality, which is later referred to as The Great March.
1988
October 11th is established as National Coming Out Day by activists Robert Eichberg and Jean O'Leary to promote a safe world for LGBTQ individuals to live openly.
1990s
AWARENESS IS RAISED THROUGH NEW CAMPAIGNS & CONVERSATIONS.
1991
The red ribbon is first used as a symbol in the campaign to cure HIV/AIDS.
1993
President Bill Clinton signs “Don’t Ask, Don’t Tell” policy into law—permitting gay Americans to serve in the U.S. military as long as they didn’t reveal their sexual identity.
2000s
THE NEW MILLENNIUM BEGINS WITH INCREASED INVOLVEMENT & AWARENESS.
2000
Vermont becomes the first state to recognize legalized unions between same-sex couples.
2009
President Barack Obama declares June as Lesbian, Gay, Bisexual & Transgender Pride Month.
Harvey Milk is posthumously awarded the Presidential Medal of Freedom.
2010s
LGBTQ RIGHTS SPREAD ACROSS THE NATION & GET LEGAL BACKING & FACE SOME POLITICAL BATTLES.
2011
“Don’t Ask, Don’t Tell” is repealed after being certified that it “will not harm military readiness” by President Barack Obama, Secretary of Defense Leon Panetta & Chairman of the Joint Chiefs of Staff Admiral Mike Mullen.
2012
California’s Proposition 8, a 2008 referendum banning same-sex marriage, is deemed unconstitutional by a federal appeals court.
Maine passes a law legalizing same-sex marriage, joining Connecticut, Iowa, Massachusetts, New Hampshire, New York, Oregon, Vermont, Washington & Washington, D.C.
2013
The Supreme Court strikes down a key part of the Defense of Marriage Act, allowing more than 30 states to subsequently legalize same-sex marriage.
2015
The Supreme Court rules that same-sex couples have a right to marry in all states under the Constitution.
2016
President Obama designates the Stonewall National Monument as the first protected land dedicated to the historic birthplace of the modern Gay Liberation Movement.
2018
Jared Polis, a Democratic U.S. Representative, becomes the nation’s first openly gay elected governor after winning the gubernatorial race in Colorado.
2019
The United States honors the 50th Anniversary of the Stonewall Uprising and celebrates WorldPride, while millions continue to fight for LGBTQ equality and liberation.

Pride Month is a special time to recognize how diversity at Macy's is vital to our success. We asked a few members of Macy's Employee Resource Group dedicated to fostering an inclusive culture for LGBTQ colleagues at the company to share their views on WorldPride and how they feel supported working at Macy's

Q. How do you celebrate Pride every day?

A. I celebrate Pride by being 100% true to myself, 100% of the time! By being myself, I show my team and other colleagues that it’s okay to be different; our uniqueness and diversity is what makes us stronger as a team.

Q. What does WorldPride mean to you?

A. We are uniting the world by honoring the 50th anniversary of the Stonewall riots. It hasn’t been an easy fight for equality but a lot of success has been made over these past 50 years. My motto is GO BOLD or go home and we have definitely been going bold for the last 50 years.

Q. How does Macy’s support Pride in a way that is meaningful to you?

A. I am proud to work for a company that invests resources annually to support organizations that fight to advance civil rights of LGBTQ people.

Q. How do you celebrate Pride every day?

A. I try to connect more deeply with the intersections of my identity and how that has impacted my life experiences. I think in doing so I allow myself to exist free of judgement as the truest version of myself. 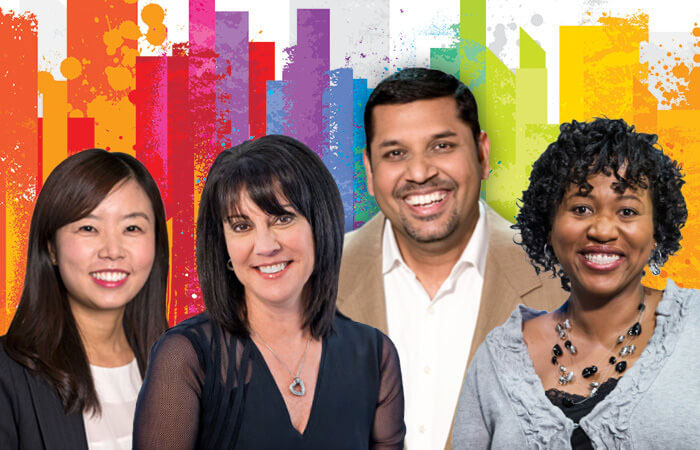 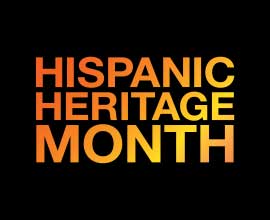 Join Macy’s as we embrace unity through the art & music of Latinx creators at in-store events nationwide. 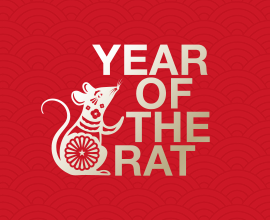 Ring in the year of the rat—it’s going to be a lucky one! Embrace the first animal in the Chinese zodiac chart and let favorable fortune flow. 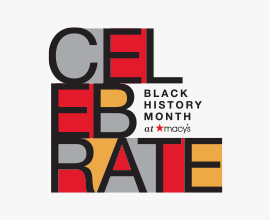 Throughout the month, Macy's honors the African-American contributions in music, film, fashion and more that continue to inspire black culture today. 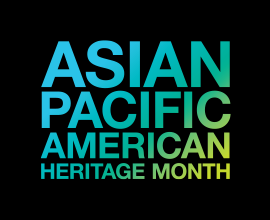 Join Macy's throughout May as we shine our spotlight on the contributions of comedians, actors and writers of Asian and Pacific Island heritage. 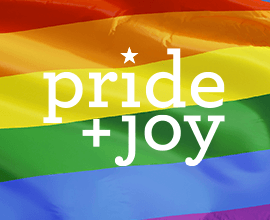 During June, Macy's celebrates equality with a variety of events that increase awareness of lesbian, gay, bisexual, transgender and questioning communities.

Discover looks from our new class of emerging designers.