RESTROOMS
Macy’s, Inc. is not responsible for the accuracy of information featured via Google Maps. Find Out More.

VIEW THE MAP
WHERE TO WATCH
PARADE ROUTE

There were 2.5 miles of public viewing along the NYC route in 2019.

There was no (or limited) public viewing here.

Early risers camp out starting at 6AM on the west side of Central Park West from West 75th to West 59th Streets.

Great views could be found along this stretch!

The Parade made its final turn & stopped in front of Macy’s Herald Square!

Macy's limited grandstand tickets were not for sale to the general public.

There was no public viewing or press access in the telecast area on 6th Avenue from West 34th to West 38th Streets, and on West 34th Street between Broadway and 7th Avenue.

On Thanksgiving Eve only, here’s where guests got a chance to check out our Giant Balloons as they were inflated.

For guests who arrived on inflation day 2019:

Volunteers were at the subway entrances on Central Park West at West 72nd Street to help with directions.

Guests who arrived from the East Side were required to utilize the 65th Street Transverse, then head northwest to join the viewing line at West 74th Street and Columbus Avenue.

Upon entering, volunteers were located along the route to help guests find their way.

Guests were able to view the balloons as they moved clockwise around the Museum from the north side of West 77th Street, then the south side of West 81st Street.

Discover where guests saw each character in the inflation area here.

Guests were instructed to leave the inflation area via:

Volunteers were found at the subway entrances on Central Park West at West 81st Street to help with directions.

Get all the answers to important Parade-day questions.

What were guests allowed to bring?

Weather can be unpredictable, so we suggested that guests dress in layers, wear comfy shoes and bring a poncho!

What items were prohibited?

No personal property could be left or abandoned at the entrance or checkpoints.

Were there street closures? 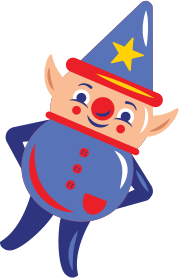 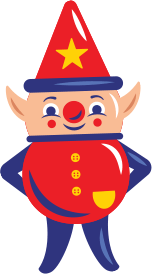